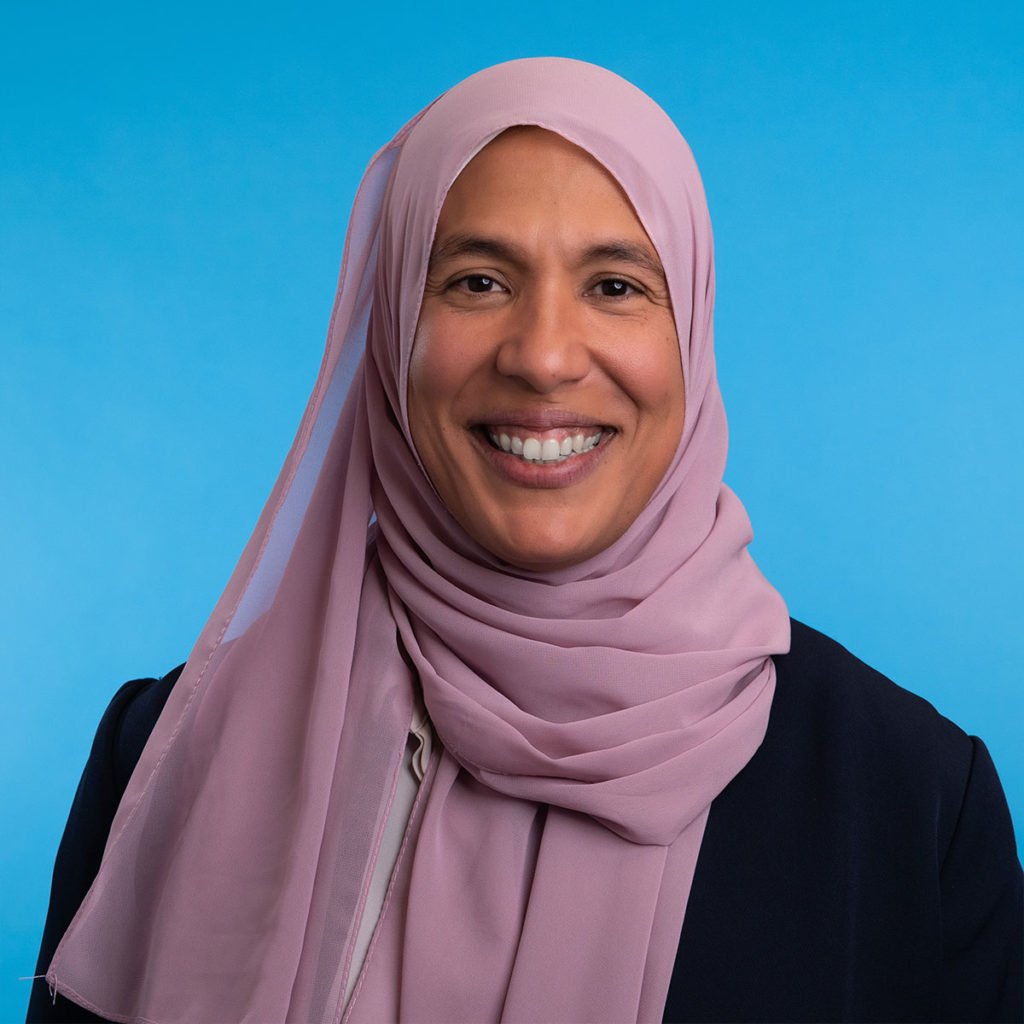 Ustadha Lobna Youssef Mulla is a motivational speaker and community educator. She is best known for her optimistic, positive and engaging style with audiences.  Lobna is the former National Tarbiya Director of the Muslim American Society, where she is still an active member. She has been working as a youth mentor for the past two decades in multiple capacities. Lobna has organized youth camps, led study circles, taught classes in her community, and lectured extensively, nationally and internationally.  Additionally, Lobna serves as an IOK Muslim Chaplain at UCLA.

In addition to being a mentor and orator, Lobna has written for myvirtualmosque.com and the MAS Blog. Lobna is a recent graduate of Chapman University with a Masters of Fine Arts in Screenwriting.  She is the creator of the YouTube channel, Double Shot Mocha Productions, where she strives to promote social awareness through humor.

Lobna was born and raised in Los Angeles, California. She graduated from California State University, Northridge in Business Administration with a focus in Accounting. She worked as an accountant for ten years until she began her career as a mother. Lobna moved to Egypt for three years with her husband, Shaikh Suhail Mulla, and her children and studied Arabic, Qur’anic Recitation and Islamic Sciences under Azhari scholars.  Lobna Mulla currently resides in Los Angeles, CA with her husband and four children